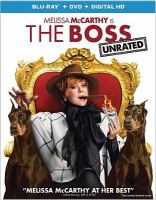 the phallocentric emphasis on fellatio i found difficult to accept, especially as 1) mccarthy was the screenwriter, and, 2) much of this dialogue was uttered in front of prepubescent girls. The attitude conveyed was, it (fellatio to get what one wants from a male-dominated world) is no big deal; in fact, it is the way of the world. i am sure if the writer were a male, this would have generated me-too type efforts to censor/ban/demonstrate against those scenes which suggested if the sympathetic characters NEEDED TO DO IT, then to go ahead and perform the act, with no gynocentric qualms from either the character played by ms. mccarthy, or the character played by ms. bell. a couple of clicks down the dial, the big news was joe biden's being too touchy-feely, and how he was to respond, appropriately. the disconnect between the lefty value system, and the reality in an entertainment product such as this discombobulates my mind.......and, how about the advertisements from the past for camel cigarettes, the phallus-like head of the camel illustration; and one of the most popular films of that decade, ET, whose lead character definitely resembled a penis, which the little girl obviously adored: how to get the penis back home, where he really belongs....hmmmm...better than heinlein, mr. spielberg. talk about hiding in plain sight.

It had funny parts to this movie and I do enjoy most movies Melissa McCarthy does. This was silly to me ok story line.

Melissa's full of hijinks and chuckles. Her chubby innocent facade is counterbalanced by the dirty humour. All in good fun.

Just a silly movie. Melissa McCarthy fans will love it. Just a meh from me, some laugh out loud moments but not a must watch.

Was disappointed by this movie, no where near as funny as Spys or The Heat; and I couldn't get over noticing the turtle necks glued to her chin through the whole movie.

Just a bunch of garbage. I skipped ahead hoping it would get better but it didn't. Don't waste your time.

GOOD 2016 film with fine performance by Melissa - although the plot is somewhat weak.

This DVD is totally scratched up and would not play in my DVD player or my computer.

Terrible. Mindless. No plot. Not one laugh.

Another one of those new age entertainment that relied on shocking foul-mouthed Melissa McCarthy to supplement comic skits. Quite a few LOL moments and the bad languages in front of the children were awful or funny because they were outrageous.

I absolutely love both Melissa McCarthy and Kristen Bell. They are both comic geniuses and I look forward to all of their films!

This one was a waste of time. Mellisa McCarthy stunk it up. The story line was garbage. And the acting was 3rd rate at best.

This movie has its funny parts but there is just too much going on, there is about 3 stories in one and it gets confusing.

Lousy. None of the characters are very likeable.

Tame comedy where it looks like the actors did this movie for some quick cash. Nothing more.

We agreed to watch for 15 minutes before deciding to turn off; the longest 14 minutes of my life.

There was a sword fight between Melissa McCarthy and Peter Dinklage. No lie.
Watch the blu ray for the special features, those were pretty good.
Starting to really like Kristen Bell and Tyler Labine always has smallish parts but always great!

Lots of the f word, like we need to hear it over and over. Could have been funny, for some reason she always comes off as too nasty to enjoy. I wonder if she has kids, would she let them watch this garbage.

A vile, wretched, awful person continues to be an awful person and corrupts children, all in the least funny way imaginable. She does seriously injure a child which apparently is funny to some people. If the kid deserved it in any way, shape or form, okay, but the poor child is verbal abused by Melissa's character and her physical appearance is mocked by Melissa (irony). Watch talent be wasted like Peter Dinklage, Kristen Bell, and Tyler Labine. Even the kids in the movie were alright. Maybe Melissa McCarthy shouldn't EVER star in another movie again.

Fun, entertaining watch! Some great physical comedy. I liked the many female characters (and the focus on their careers and friendships before any romances). I watched the unrated version: just a bit more swearing I think.

I watched the theater version to save myself some of the swearing--very glad that was an option! McCarthy continues the crude boys-will-be-boys movie tradition, except she is a woman, so that blows the analogy. Not as vulgar as The Heat, but relying on crude language and behavior for much of the comedy. Still, I wouldn't have missed it. Kristen Bell made an excellent co-star.

I'm not sure who would like this movie. Too mature for kids, but it's kiddie. Too immature for real bosses, to unlady-like for women, not cool for teens....what's the focus for this spoofy-movie?